Pantropical Dolphins off a Subtropical Island

Met by Anthony at 8:30, we are off to the passenger dock and my first ride aboard his other boat, The Sea Horse, a 30' Cygnus Cyclone. 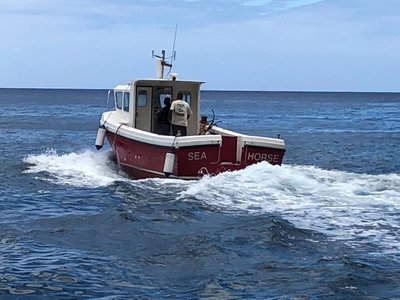 We are quickly, with Chris as deckhand, off on a short jaunt to the vicinity of Lemon Valley Point to see if the Pantropical Dolphin Pod is in residence. They are. Oh my, they sure are. 400 or so, we think. They are having more fun than even I am having. 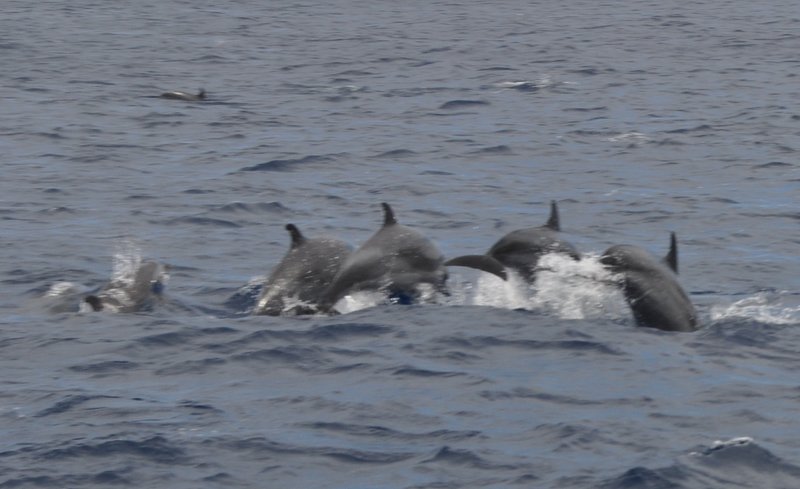 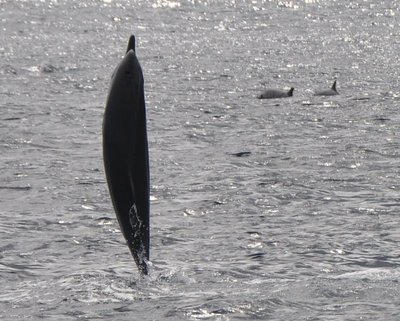 Next to Egg Island, home of the Brown Noddy. Their guano sculptures abound. 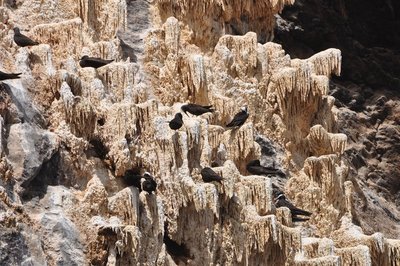 Headed back, we run across my diving buddies who are wreck diving in Lemon Valley Bay. Note the wetsuits. The water can be a bit brisk. 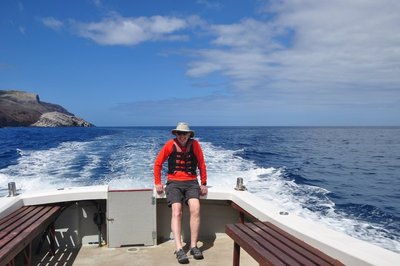 Back to the pier, Anthony takes me to meet Patrick, his father, who shuttles me to Plantation House, the Governor's Residence. There, Debbie gives me a private mini-tour apologizing all the while about the state of mayhem that is the house. It seems that the Governor is getting married here on Saturday. Lisa Phillips currently holds the post of Governor, having come here from a previous posting as Head of Office in Kenya. She is, notably, a Commander of the Order of the British Empire…and in two days perhaps, a blushing bride. 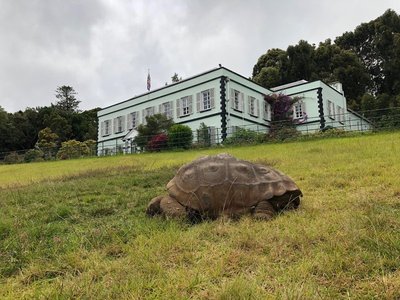 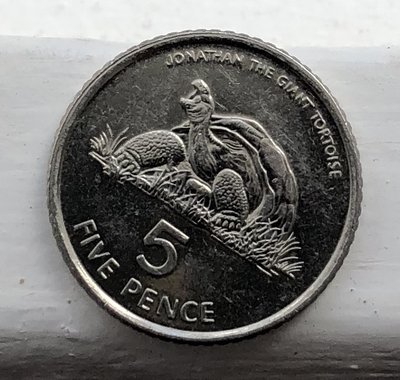 Here reside four Seychelles Giant Tortoise. Elder among them is Johnthan, most certainly born in 1832. He arrived in St Helena in 1882. He is the oldest known living non-plant on Earth, holding that title since 1965 when Tu'I Malila died in Tonga at the age of 189. (Unless you count the unverified claim of Adwaita, an Aldabra Giant Tortoise that died in 2006 in Kolkata, India, at the reported but suspect age of 255. Jonathan graces the tails side of the St Helena 5 pence coin. (Her Royal Majesty Queen Elizabeth II claims heads)

From time to time while driving here, one passes a solitary telephone box. For those younger readers, this is what that looks like. 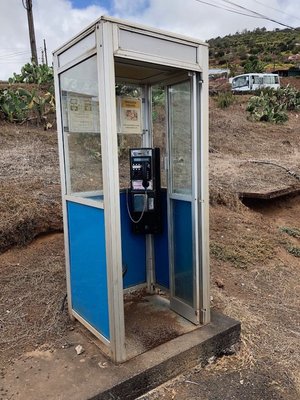 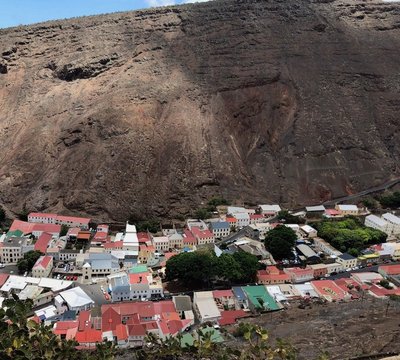 We head back into Jamestown where Patrick drops me at The Inkwell Coffee Shop and Luncheonette where the proprietor is Anthony's dear mum. She has, at Anthony's request, saved me a piece of fresh caught local tuna which, along with a salad and a cappuccino, I devour for lunch. 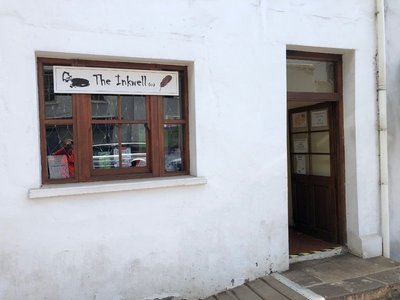 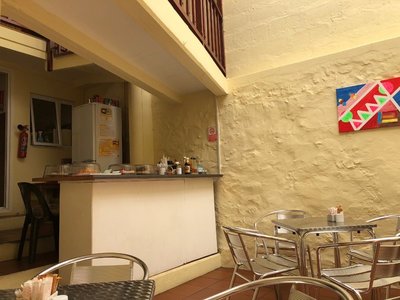 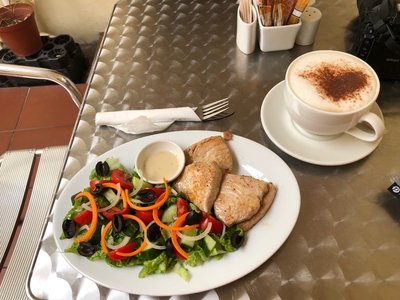 After stopping at the Bank of St Helena I stop to change $100 US into Government of St.Helena pounds lest I run out before departing. I get 67 and change. It is a short walk back to Mantis during which I smile and wave and speak to everyone I pass because that is, to be certain, the custom here. Nobody has their head buried in a smartphone, nobody has ears full of earbuds for music, nobody avoids eye contact even with a tourist. I cannot say that I have ever, in 0ver 106 (I think) countries visited thus far in my life, ever experienced that.

After penning all of this I am off to, where else, the Mantis Bar where I find Taylor and Mike. After a Windhoek Lager or two, Stuart joins us and we all a taxi to take us to Rosies, high atop Half Tree Hollow for a sunset dinner. Great company, lots of good food for a little price accompanied by the endless Atlantic at sunset. Its a tough life. The only downside? The taxi up was 4 pounds flat but the taxi down was 2 pounds each. Taxi drivers: you've got to watch them even in St Helena. (Two nights ago the ride down for three of us was 3 pounds) 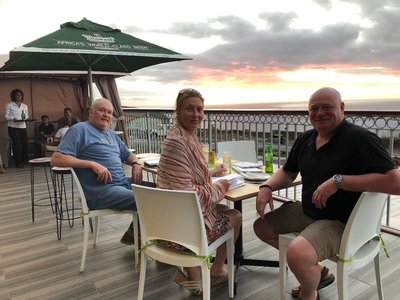 The Mantis Bar was buzzing but after a bit of time and more fine conversation there I decided to retire. That's my day in St Helena. There is an ice storm in Kansas City. Its good to be here instead.

Wow! It keeps getting better and better! Apologies, if I'm not responding in order of the blogs .....but they are all fantastic and JC and I are enjoying each one.