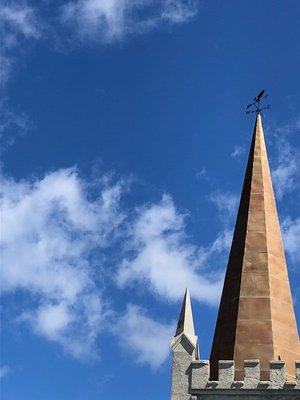 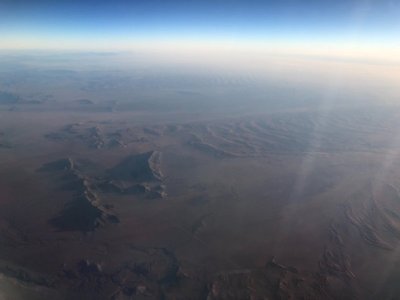 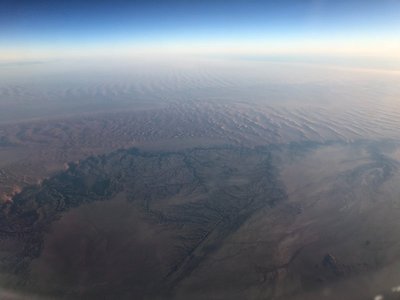 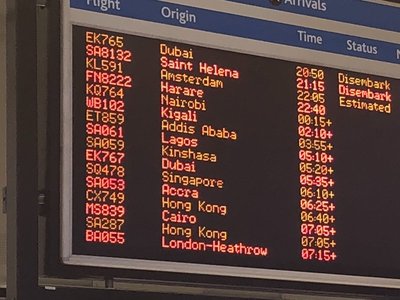 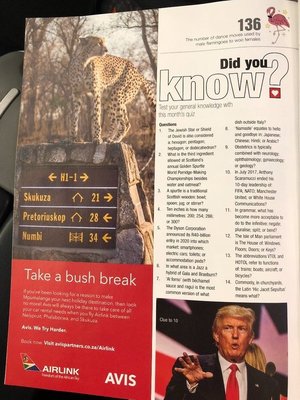 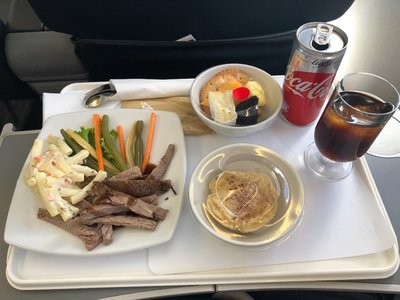 We fly over the Namibian Dessert, I have a fine Airlink meal. There is a trivia contest in the Airlink In-Flight Magazine where one of the trivia questions is about Anthony Scaramucci and we arrive at Johannesburg a bit early. Oh, and my bag made it. The Intercontinental (wonderful, by the way) welcomes me and I'm one step closer to home.