At 9:00, I am called for by Aaron of Aaron's Adventure Tours. Aaron Legg, a local entrepreneur on the rise is not quite a one man show as he is supported by his partner and others who help out when he is over-committed. Today, he has to worry only about me and some VIPs.
+(290) 23987 or 61597, aat@helena.co.sh or aaron61597@gmail.com.

The VIPs are the bigshots from Mantis, the owners/operators of the Mantis St Helena Hotel where I am a guest. Ignus, Sasha, Rose and Martin-all concerned with marketing activities-are on the island to figure out the best way to sell the hotel to the outside world. I am delighted to have them as company. 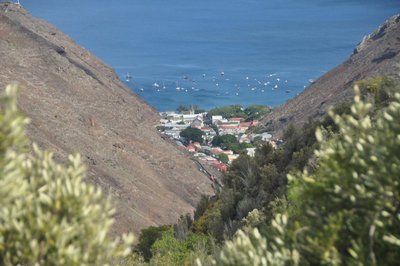 We set out from the hotel up the mountainside road stopping to look back at Jamestown which is built at the bottom of a ravine with steep sides composed of fractured volcanic rock which has a tendency to fissure and landslide on those calmly going about their business below. The situation is serious enough that a French company was brought in to build steel wire mesh covers and landslide nets so that rocks don't crush cars and homes below in the ravine. 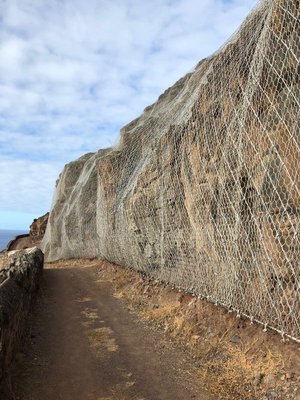 On the way out we see the Heart Shaped Waterfall which has, at this time of year, no water. I must return for that. 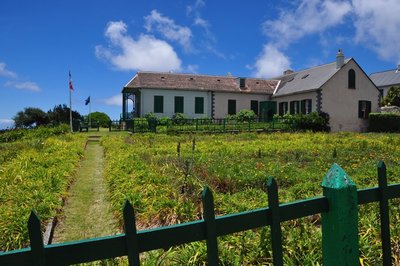 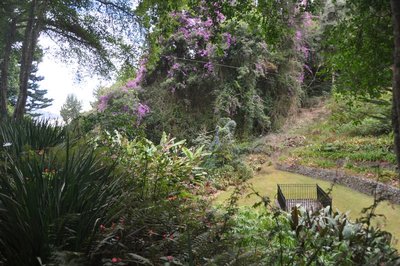 Our initial stop is at Longwood House, the place occupied by Napoleon and his entourage from the tile of his exile in 1815 until his death six years later. High on a wind-targeted plain, this was converted from a farm owned by the once prosperous East India Company and then the Deputy Governor. Converted for Napoleon's use, it was selected at least in part because it was easy to guard and the former Emperor could be more easily and safely confined there. He roamed from this house on horseback, from time to time strayed beyond the boundaries set for him without much in the way of punishment for his transgressions. For the time, this was an exile of privilege as the conditions were quite fine. From Longwood House we drove a short distance-all drives here are a short distance-to Napoleon's Tomb where he was laid to rest in 1821 and remained until the French Government, after negotiations with the British, exhumed his remains 25 years later so they could be returned to France where they now lie in Paris at Invalides The aspiring Emperor of the entire world was 51 when he passed; the cause of death is listed as stomach cancer. 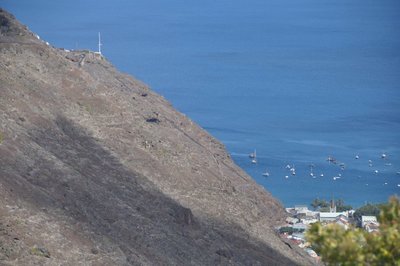 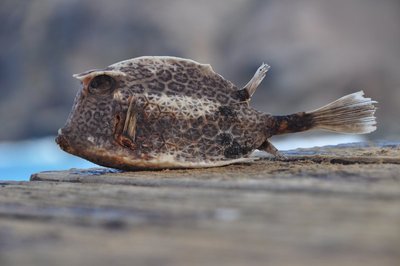 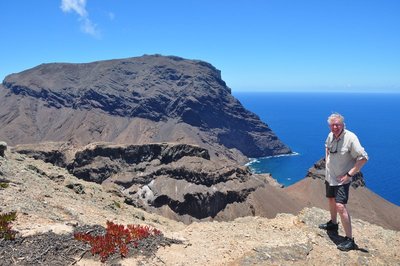 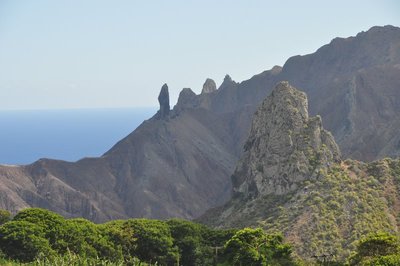 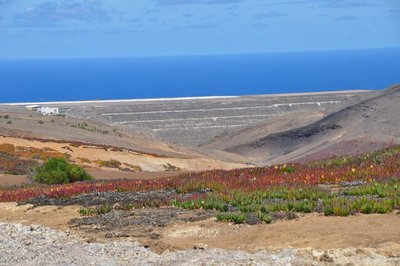 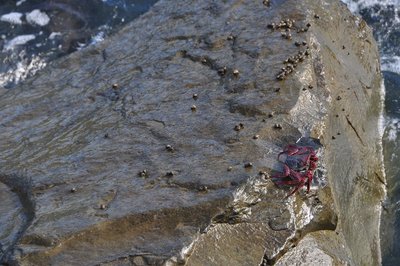 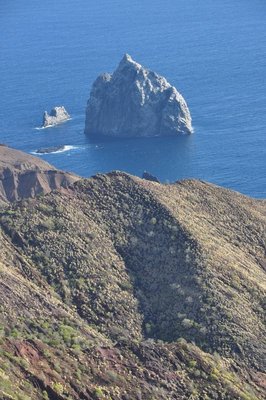 From the old to the new, we next drove past the wind farm (where 25% of the island's electricity is generated) to Sugar Loaf Point and from there to the overlook of Prosperous Bay where we could survey to newly opened St Helena airport which sits adjacent to King & Queens Rocks. Four-wheeling from there over Woody Ridge we drove the switchbacks here and there until we arrived much later at Sandy Bay Beach beneath Lot and Lot's Wife crags which stand sentry to this part of the island. Continuing on we enjoyed Thompson's Wood, High Hill past the Donkey Sanctuary headed finally to Ladder Hill Fort high above Jamestown. Back at the hotel around 6:30, the day was a full one.

St Helena appears from the sea to be a lifeless volcanic rock but proves upon inspection to be home to many micro-climates which range from an artist's pallet of colorful sandy mounds to verdant valleys brimming with grass greener than you can imagine to rocky desert like plains. The thing that will hold it back is that it lacks even a single swimmable beach.

While in the company of Ignus, Rose and Shasha, I learned a lot I did not know about Mantis Hotels. Their web site is not, by their own account, ready for prime time but their hotel collection certainly is. They operate the Ice Hotel in Northern Sweden, the Zambezi Queen floating live-aboard Lodge on Botswana and Namibia's Chobe River, the 50 room/suite Sherry Netherland in New York City and other eclectic properties bringing the total to about eighty. Billed as "Hotels, Eco-Escapes & Lifestyle Resorts, I am ashamed that I had heretofore not heard of them. Led by Chairman & Founder Adrian Gardiner from Port Elizabeth, South Africa, (a one hour flight East of Cape Town) they are anything but a Marriott or Hilton. The Mantis St Helena at thirty rooms is mid-size for them with many of their properties limited to under ten rooms. The White Desert in Antarctica offers "spacious heated fiberglass pods designed to sleep 12" from which one departs for Emperor Penguin viewing. The Ranch at Rock Creek (Montana) sports 9 luxury rooms and 12 private 1 to 5 bedroom homes along with 8 canvas cabins halfway between Glacier National Park and Yellowstone.

Bush Lodge near Port Elizabeth offers 6 luxury tents, Hillsneck Safari Camp offers 4 more or you could opt for a completely mobile experience in nomadic luxury tented camps moving throughout Oman with Hud Hud Travels. On Santorini, the Iconic Santorini is "a Boutique Cave Hotel," with a spectacular setting on the caldera rim." I am blown away by and drawn to almost every property in their portfolio.

Returning to the Mantis St Helena for a shower, I plopped down at the bar for a few Windhoek Lagers to accompany my dinner of fishcakes and salad. Jan and Mike and Taylor dropped by for a nightcap and we regale each other with tales of our day's adventures. 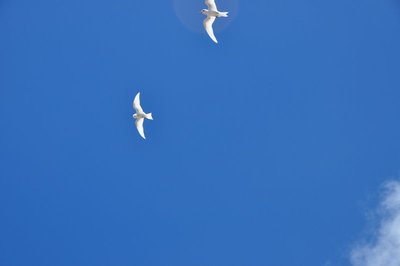 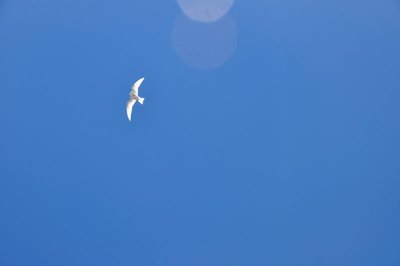 This is what travel should be.